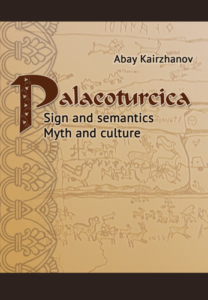 The book is devoted to the problems of formation and research of the first signs and semantics, as well as the mythology and culture of Turkic-Slavic-Byzantine world. The combination of lingual synergetics, cognitive science and comparative studies with a deep chronological analysis enabled the author to recreate a complete picture of spiritual world of the ancient Eurasian ethnic groups, based on the author’s conception. The book is intended for the teachers and students of higher educational institutions, as well as for those who are interested in the ancient culture origins of Eurasian peoples.

1. Sign and semantics
1.1 Answers to a friend’s letters
1.2 Origins of the Slavic written language
1.3 Cognitive aspect of idiomaticty
1.4 Psycholinguistic aspect of idiomaticity
1.5 Ethical aspect of speech culture
1.6 Millenniums around the Black Sea: (Turkisms in island dialects and ethnic tamgas)
1.7 The hypotheses about the origin of Turkic runic alphabet
1.8 Runic signs and tamgas of the Eurasian nomads
1.9 Sumerian logograms and Turkic signs of different origin
2. Myth and culture
2.1 Sacral mythologemes of ancient time
2.2 Ceremonial consciousness of the Oldest epoch
2.3 Sacral equipollent parallels of Eastern and Western cultures (the aspect of acculturation of the late post-Hellenism)
2.4 Їrq bitig
2.5 Byzantine Empire and the Great Steppe
2.6 The ancient Turks and the Slavs: cultural and historical aspects of acculturation
2.7 Milky Way of the Normans
2.8 Kievan Rus: from nadir to zenith
2.9 Svyatoslav’s “vague dream” (Eastern Slavic-Polovtsian relations)
2.10 Ancient Turkic and Eastern Slavic specific rota-system of governance
Afterword 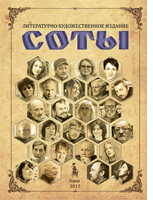